Jovita qualified in 1995 and started working as a surgical nurse. At the same time, she enrolled on the BSc nursing science course at the Kaunas University of Medicine and, after graduating in 1999, started to teach nursing. She received her MSc in nursing science in 2001.

At the turn of the millennium, Jovita became increasingly interested in palliative care, becoming in 2004 an early member of the Lithuanian Association of Palliative Medicine. She has had two important oppor-tunities to study outside Lithuania – in 2006 at a seminar for nurses on “Palliative care for all patients”, funded by Salzburg Open Medical Institute & Open Society Institute; and in 2011 on a bursary at St. Chri-stopher’s Hospice’s two-week multi-professional course. Alongside her work as a university lecturer, and to gain additional practical experience in palliative care, she also worked part-time as a registered nurse from 2007 to 2012 at the Kaunas Nursing Hospital (Kaunas Hospice). Palliative care work at this hospital was inspired by a visit by Dame Cicely Saunders in 1996 and it retains links with the UK.

Since 2011, Jovita has been teaching modern palliative care to some 50-60 BSc nursing students each year. She is also responsible for a postgraduate course “Palliative Care” for up to 150 health care profes-sionals including nurses, doctors, social workers, physiotherapists, spiritual assistants and other special-ists. A council member of Lithuanian Association of Palliative Medicine, she is the main organizer of the Association’s annual conference on palliative care, which brings together about 200 participants from across Lithuania and neighbouring countries.

Jovita is hugely grateful for the support of key partner organisations in the palliative care sector in Lithu-ania: in Kaunas the Nursing Hospital and the Palliative Medicine Centre; in Klaipeda the Centre of Pallia-tive Care and Family Health, and the St Francis Oncology Centre, in Vilnius the Fr. Mykolas Sopoka Hos-pice, and the Central Outpatient Clinic; in Alytus, Tėviškės Namai; and also the British-Lithuanian charity The Tiltas Trust. 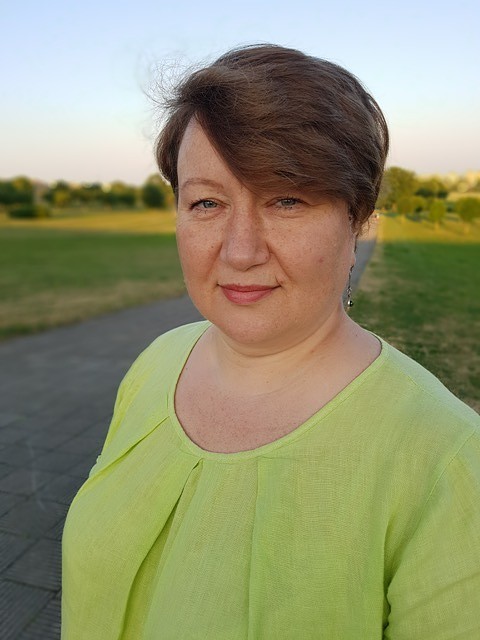