Alexis Benoit Soyer was born on 4th February 1810 at Meaux-en-brie on the Marne in France. He was the youngest son of Emery Roch Alexis Soyer, a grocer, and his wife Marie Chamberlan.

Soyer trained to be a cook and worked in many kitchens in France from 1821-1830 where his skills as a cook were well recognised. In 1830 Soyer moved to Britain where he accepted employment in the London kitchen of the Duke of Cambridge. In 1837 he was appointed the chef of the Reform Club, in London, where he prepared breakfast for Queen Victoria and her guests on the day of her coronation.

In February 1847 Soyer wrote letters to the public press about the famine in Ireland, and in April he was appointed by the government to go to Dublin where he built and opened kitchens from where he sold soup and meat at half the usual cost. While there, he published a sixpenny book, Soyer’s Charitable Cookery, giving part of the proceeds to various charities.

His time in Ireland resulted in the invention of Soyer’s travelling stove. The stove was designed to be portable and lightweight and was useful when working in remote locations such as field hospitals, where an easily transportable means of cooking or heating is needed. In 1849 he began to market his stove, which proved to be very successful.

On 2nd February 1855 he wrote to The Times offering to go to the Crimea at his own expense to support the cooking for the army there. He began by revising the diet sheets for the hospitals at Scutari and Constantinople using his stove to prepare food. In two visits to Balaclava he, Florence Nightingale and the medical staff reorganised the hospitals and he also began to cook for the fourth division of the army. Soyer returned to London on the 3rd May 1857.

He died on 5th August 1858 at St John’s Wood, London and was buried on 11th August in Kensal Green cemetery. Soyer wrote many cookery books including A Shilling Cookery Book for the People (1855), Soyer’s Culinary Campaign (1857) and Instructions for Military Hospitals (1860). 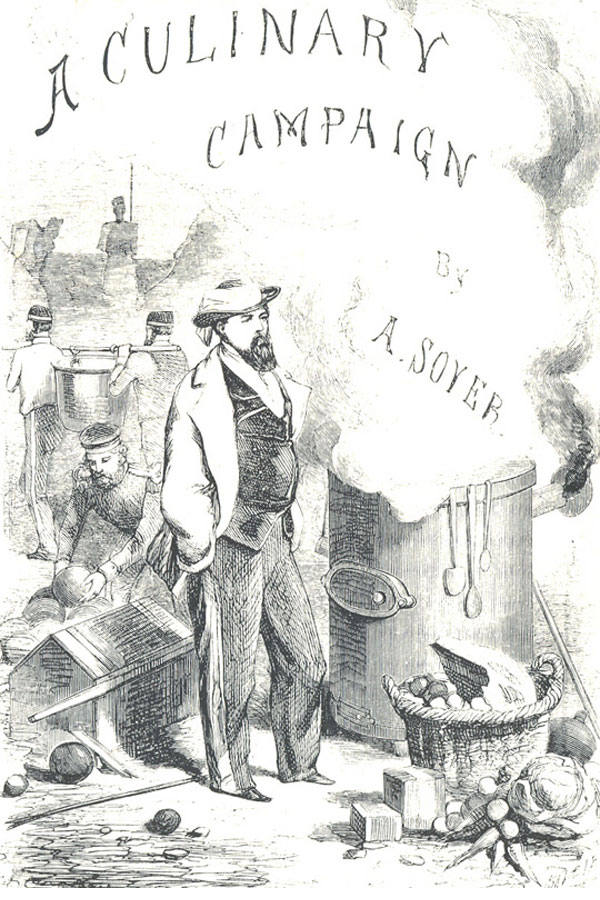