Florence Nightingale is one of the most famous Victorians. Queen Victoria, who reigned from 1837 to 1901, was the figurehead of a vast empire and oversaw dramatic changes in British society. During this time Britain saw a great expansion of wealth, power, and culture. The British Empire covered a fifth of the globe and as Britain prospered and large industrial towns and cities grew, the lives of ordinary men and women changed dramatically. It was the age of steam and technological advancement, and also radical advances in education, social welfare, politics, medicine and health care.

Elizabeth Garrett Anderson was born in Whitechapel, east London in 1836. She became the first Englishwoman to qualify as a doctor and was a political and healthcare campaigner. Elizabeth Garrett Anderson, like Florence Nightingale, received a good education and was expected to marry well and live the life of a lady. However meetings with the feminist Emily Davies and Elizabeth Blackwell, the first American woman physician, convinced Elizabeth that she should become a doctor.

This was almost unheard of in 19th century Britain and she was refused entry into all the medical schools she applied to. She enrolled as a nursing student at Middlesex Hospital and when she attended classes intended for male doctors she was barred after complaints from other students. The Society of Apothecaries did not specifically forbid women from taking their examinations, so in 1865 she passed their exams and gained a certificate which enabled her to become a doctor. The Society then changed its rules to prevent other women entering the profession this way.

In 1866, with help from her father she established a dispensary for women in London and in 1870 was made a visiting physician to the East London Hospital. She was still determined to complete a medical degree, so she went to the University of Paris, where she was successful. However the British Medical Register refused to recognise her qualification.

Anderson founded the New Hospital for Women in London in 1872, which was staffed entirely by women. In 1873 she gained membership of the British Medical Association. The Association voted against the admission of further women and so she remained the only woman member for 19 years. However, she paved the way for other women, and in 1876 an act was passed permitting women to enter the medical professions.

Anderson became the first female mayor in England; she was also a member of the suffragette movement.

Florence Nightingale was an advocate of the miasma theory,which was that diseases were caused by ‘bad air’. The air or ‘miasma’ was foul smelling and filled with particles of decomposed matter that could cause illnesses. It was thought that the miasma could be eliminated by cleaning and ensuring good ventilation. During the cholera outbreak in 1854, Florence volunteered to nurse patients from Soho, London, at the Middlesex Hospital. The physician John Snow, who was sceptical of the miasma theory, was convinced that cholera was a water-borne disease. He provided conclusive proof by mapping out the cases in Soho, pinpointing one, central, contaminated well. The outbreak subsided soon after the well’s pump handle was removed.

However, the miasma theory prevailed and the problem with sanitation in London came to a crisis with the ‘Great Stink’ of London in 1858. The overpowering smell from the Thames was so bad that the curtains of the House of Commons were soaked in chloride of lime to try to make it bearable for the MPs. A bill was rushed through Parliament to provide more money to construct a massive new sewer for London, and to build the Embankment along the Thames in order to improve the flow of water and traffic.

Even though the miasma theory was disproved, it made the connection between dirtiness and diseases, encouraging cleanliness and bringing about public health reforms. The miasma theory understood that disease was associated with poor sanitation and that sanitary improvements reduced disease. Because of the miasma theory, scientists investigated decaying matter, which led eventually to the identification of microbes as agents of infectious disease.

Following the death of her son, she was encouraged by her husband to begin writing and completed her first novel, Mary Barton, which was published anonymously in 1848. It was an immediate success, winning the praise of Charles Dickens and Thomas Carlyle. Dickens asked her to contribute to his magazine, ‘Household Words’, where her next major work, Cranford, was serialised in 1853. Gaskell’s work brought her many friends, including the novelist Charlotte Brontë.

Gaskell had many and varied personal connections, some of which were the most famous figures of the day, whilst others were the poorest factory workers in her home town of Manchester. Her friends and social networks influenced her writing and the worlds she depicted in her books.

As an acquaintance of the Nightingale family, she was invited to the tranquillity of Lea Hurst while writing North and South. As she got to know Florence – her thoughts and ambitions at the time – her ‘story’ entranced Gaskell. It is thought that the fate of heroine Margaret Hale in North and South was inspired by Gaskell’s conversations with Florence. North and South was published in 1854.

Charles Dickens was born in Portsmouth on February 7th, 1812. He is considered to be one of the greatest contributors to English literature and his stories and characters depict what many think of as typical Victorian life; he was also a vigorous social campaigner.

Dickens experienced harsh conditions during his childhood and used his experiences as inspiration for many of his novels. As well as a huge list of novels, he published an autobiography, edited weekly periodicals, wrote travel books and worked for charitable organisations. He was also a theatre enthusiast, wrote plays and performed before Queen Victoria in 1851. He tirelessly travelled abroad, lecturing against slavery in the United States and touring Italy with companions Augustus Egg and Wilkie Collins.

Many of Dicken’s novels were, as well as great novels and entertainment, also social commentary. Oliver Twist, written in 1839 (when Florence Nightingale was aged 19), was shocking to its readers because it exposed the realities of poverty and crime in Victorian society. It led to the clearing of the slum in London that the story was based on.

In Martin Chuzzlewit, Dickens created Mrs Gamp, a nurse who many would have thought of as a typical nurse of the day. She was a fat old woman who drank too much and stole from her dead patients. It was this image of the nurse that Florence Nightingale contended with when she first had thoughts of nursing.

Dickens died of a stroke in 1870 and is buried at Westminster Abbey.

Isambard Kingdom Brunel was born on 9th April 1806 in Portsmouth. He was one of the most versatile and daring engineers of the Victorian age; his designs revolutionised public transport and modern-day engineering.

His father was a French engineer, and together they planned the Thames Tunnel from Rotherhithe to Wapping, which was completed in 1843. But Brunel is best remembered for his construction of a network of tunnels, bridges and viaducts for the Great Western Railway. In 1833, he was appointed their Chief Engineer and work began on the line that linked London to Bristol. As well as bridges, tunnels and railways, Brunel was responsible for the design of several famous ships.

Though Brunel’s projects were not always successful, they often contained innovative solutions to long-standing engineering problems. He was commissioned to design a hospital for casualties of the Crimean War in 1855. He designed a pre-fabricated, wooden hospital that was transported to Turkey and constructed at Renkioi. The hospital consisted of 22 separate wards, store rooms, a surgery and flushing toilets.

Brunel was said to smoke up to 40 cigars a day and to sleep as little as four hours each night. He died of a stroke on 15th September 1859.

Queen Victoria was born in London on 24th May 1819, the only child of Edward, Duke of Kent, and Victoria Maria Louisa of Saxe-Coburg. It was never expected that she would be Queen but she succeeded her uncle, William IV, in 1837, at the age of 18.

In 1840 she married her first cousin, Prince Albert of Saxe-Coburg Gotha. They had a happy marriage that lasted for 20 years and had nine children. During that time Britain was evolving into a constitutional monarchy in which the monarch had few powers and was expected to remain above party politics, although Queen Victoria did express her views in private. She served as a very important symbolic figure.

After the Indian Mutiny in 1857, the Government of India was transferred from the East India Company to the Crown and in 1877, Victoria became Empress of India. Her empire also included Canada, Australia, India, New Zealand, and large parts of Africa. During this period, the Crimean War was the only conflict Britain was involved in.

Queen Victoria and Florence Nightingale met on many occasions and exchanged correspondence. Throughout the Crimean War, Queen Victoria requested to see Florence’s reports on the wounded and consulted her on what royal gifts should be sent to the sick and wounded.

After Florence returned from the War Queen Victoria presented her with a jewel to thank her for her work and they met at Balmoral in October 1856. They continued to correspond and exchange letters and in 1883, Florence was invited to Windsor to receive the Royal Red Cross.

Queen Victoria’s Golden and Diamond Jubilees were celebrated with great enthusiasm. Having witnessed a revolution in British government, huge industrial expansion and the growth of a worldwide empire, she died on 22nd January 1901 at the age of 81.

Selimiye Barracks at Scutari is an imposing building in modern Uskudar, Turkey. It stands on the Asian side of Istanbul, across the Bosphorus. The site of the Barracks has a long military history, first becoming a centre for trade and a strategic military base in the Byzantine period.

When the British joined the Crimean War they were accommodated at the Selimiye Barracks, which was considered spacious and well equipped. Despite the war being fought on the Crimean peninsula hundreds of miles away, shiploads of wounded soldiers were transported back to the barracks and the British Military Hospital set up there. The hospital did not have the capacity to cope with the huge number of casualties.

Reports flooded back to Britain about the appalling conditions. This provoked the nursing expedition led by Florence Nightingale to introduce female nurses into the British Military Hospitals. The nurses’ quarters were in the wings flanking the tower facing the Selimiye Mosque, and Florence’s bedroom and study was in the tower, although it’s not clear which tower.

When the war ended the barracks was handed back to the Ottoman army. It continued to be used for training and quartering troops, until around 1923 when it was left empty. Only being used occasionally, it fell into disrepair. In 1963 it was extensively repaired and is today home to the First Army, as its Peace Headquarters. The northwest tower now houses the museum named in commemoration of Florence Nightingale. Over two floors the museum contains memorabilia of Florence, current artefacts related to nurses and nursing and army memorabilia. The barracks are still an active military base, and security is high so visits to the museum must be organised in advance and are accompanied by military guards. 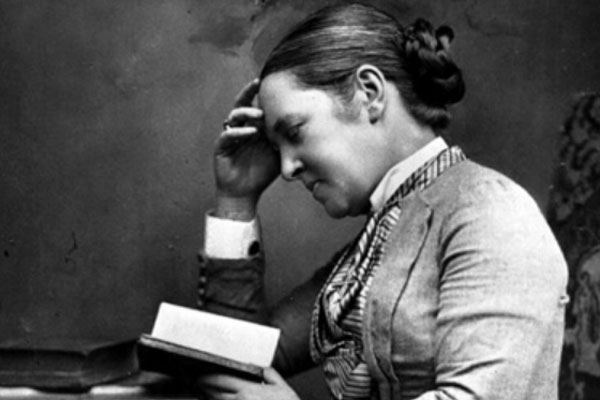 London Museums of Health and Medicine

The Florence Nightingale Museum is only one of many fascinating museums and collections about medicine in London. Check out the London Museums of Health and Medicine website.