Our Mother started her nurse training in 1950 at Epsom Hospital when she was seventeen. During her training she was awarded the Sister Tutor’s Prize and qualified as an SRN in 1954. She left nursing to have a daughter in 1955, the first of three children. She returned to nursing at Redhill General Hospital in Surrey, working two nights a week in the Accident and Emergency Department.

Following a move to Hampshire she was promoted to Night Sister at the Lord Mayor Hospital which was the leading Orthopaedic Hospital in the South East, where she was frequently responsible for all nursing care overnight. She retired in 1988. We are extremely proud of our Mother’s Nursing Career and we are also very thankful for her always being there for her three children which is why we decided that she deserves a place in this special Florence Nightingale Book of Honour.

With much love from her three proud children Elizabeth, Caroline, Nicholas 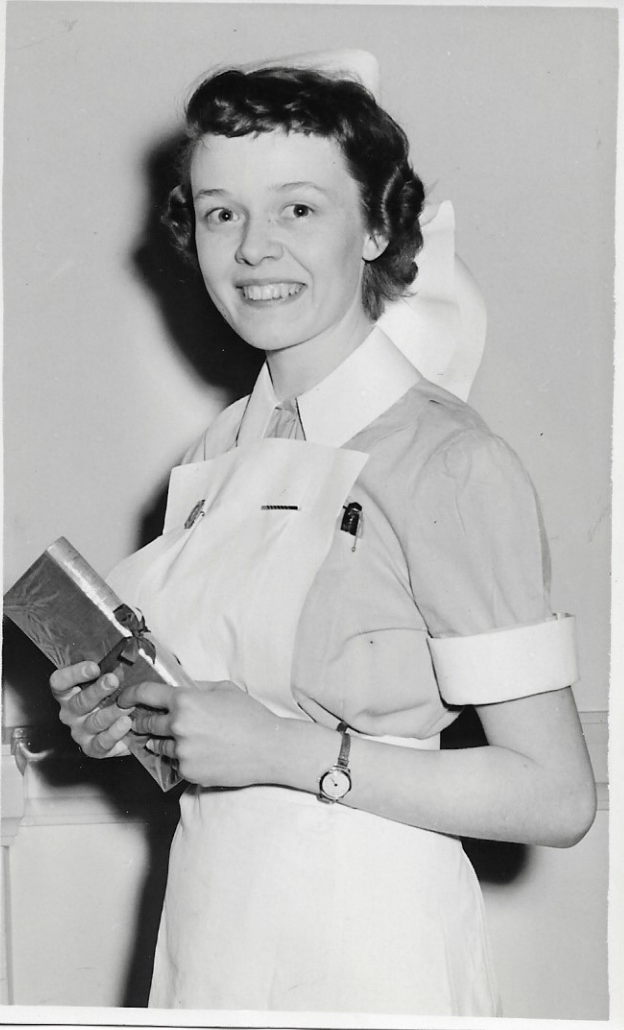