Pamela Marjorie Baird started nursing when she was 16 in 1938 at Wingfield Morris Hospital, an Orthopedic hospital in Headingly, near Oxford. At 18 years, she went to Nottingham General Hospital and started General Nursing during the war years. There she nursed German P.O.W.s, which they moved up to the top floor so that the hospital didn’t get bombed.

In July 1945 Pamela joined the Queens Alexander Royal Army Nursing Corp. She was promoted to Captain in 1949 and served in Aldershot and Netley Abbey, a bluestone psychiatric unit founded by Florence Nightingale. Later she was posted to Sayid in the Middle East, where she nursed R.A.F. personnel with typhoid. She was posted to Malaya in 1949. On the way she was taken off the boat in Ceylon with suspected appendicitis.

Pam was finally posted to Kinrara Military Hospital in Kuala Lumpur, Malaya. Her days consisted of 12 hour Nursing shifts from 8am- 8pm. After she married in 1952, Pamela was no longer enlisted in the army. She returned to civil nursing at the local hospital in Taipin.

In primitive conditions, Pam nursed a variety of patients with infectious diseases. One of her patients contracted smallpox, and was nursed in the isolation hut, which had a dirt floor. Others had Tuberculosis; they used to spit on the floor until Pamela commandeered some discarded cups, used by the rubber tree planters, to be used as spitoons. She also lectured on intravenous lines and was asked to prepare six nurses for their final exams. She was proud and relieved when they all passed.

They returned to England around 1954.

“My grandmother was one of the most strongest, caring, courageous and free spirited ladies I ever met. She taught me to work hard to care for the needs of others. She is the reason I am now a young specialist neurological physiotherapist at the National Hospital for Neurology and Neurosurgery in London. All I wish for that as her granddaughter, is that she is proud of me and her caring nature lives on through me. 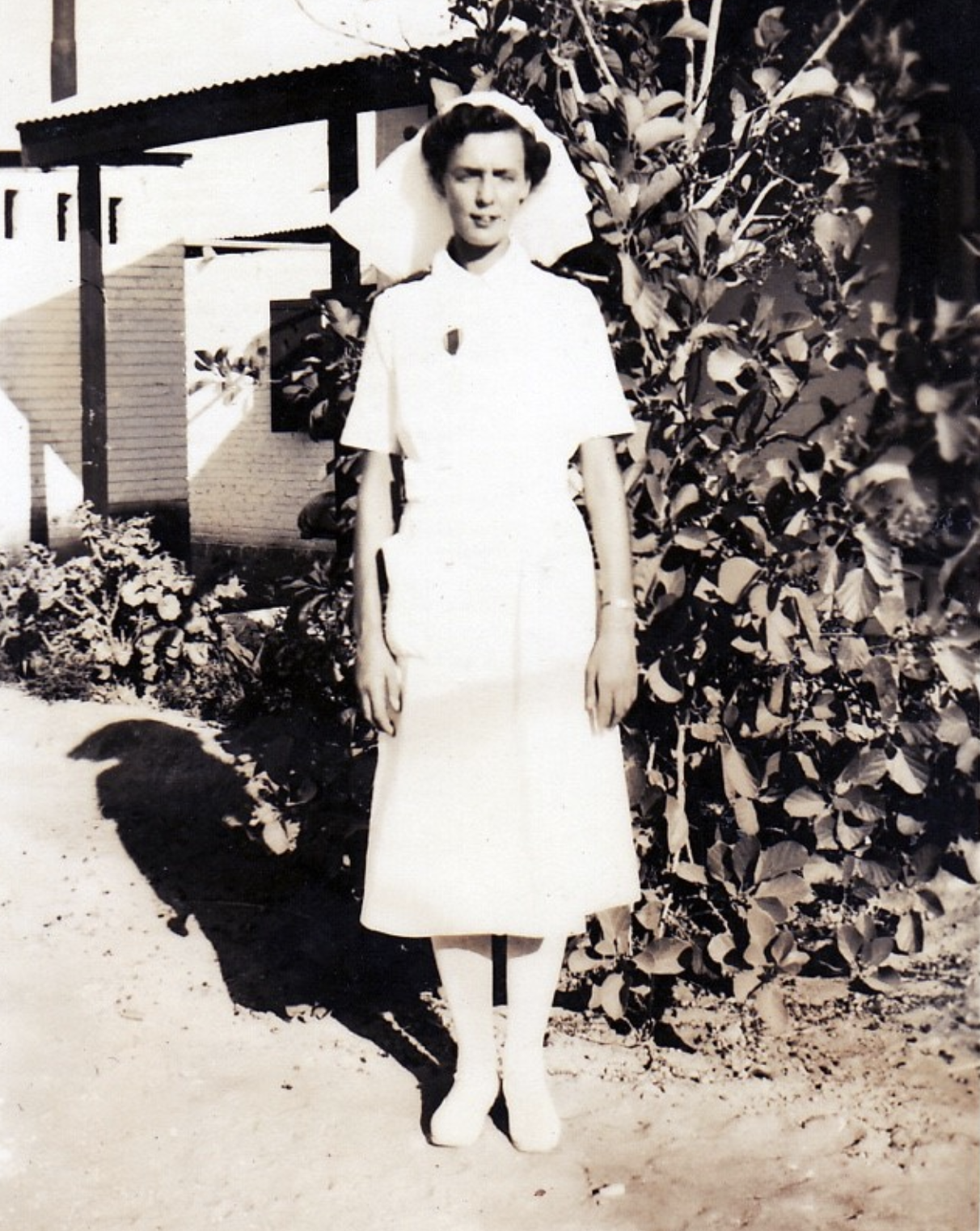