Mary Seacole was born in 1805 in Jamaica. Her mother was of African heritage and her father was a Scottish army officer. She was a ‘doctress’ who practised Creole or Afro-Caribbean medicine and learnt nursing and herbalism from her mother. In September 1854, Mary heard about the Crimean campaign and she was struck with the thought of looking after the troops she had known in Jamaica. She travelled to the Crimea and set up her own business, the British Hotel, which was a general store and also a place where soldiers could come to be nursed. She also rode out to the battlefield to nurse soldiers and would perform operations. She was affectionately known by the troops as Mother Seacole, because of the care she gave them. After returning to London after the war Mary wrote her autobiography The Wonderful Adventures of Mrs Seacole in Many Lands, which was published in 1857 and is still in print today. She continued to practice as a ‘doctress’ in London and when visiting Jamaica. She died in 1881 and was buried in the Catholic Cemetery at Kensal Rise.

Mary Seacole was born in Kingston, Jamaica in 1805. Her mother, Mrs Grant, was of African heritage and her father was a Scottish army officer. Mrs Grant was a respected ‘doctress’ who like many Jamaican women practised Creole or Afro-Caribbean medicine. Mary learnt with enthusiasm from her mother and by the age of twelve she was helping her mother to look after patients. Among her patients were many British Army and Navy officers and their families.

In 1836, she married Horatio Edwin Seacole and settled at Black River in Jamaica. Their marriage was cut short when he died soon after and this tragedy was followed by the death of her mother.

By the late 1840s Mary had established herself as a ‘doctress’ to the local British garrison. In 1850 cholera swept Jamaica. Mary closely observed its symptoms and carefully noted how a doctor treated it.

The Cure for cholera

Later in 1850, while Mary Seacole was visiting her brother in Panama one of his friends fell sick and died. Mary was able to diagnose the cause of death as cholera, and she began to treat the first of many cholera patients. The local population came to rely on her and she was generally known as the ‘yellow woman from Jamaica with the cholera medicine’. Mary’s cure for cholera was mustard emetics, warm fomentations, mustard plasters on the stomach and back and calomel, in large, then smaller doses. When she left Panama a party was held in her honour.

In 1853 Mary returned to Jamaica just as a yellow-fever epidemic swept the island. She was frequently called upon to tend the sick and dying, successfully treating the tropical fever with locally picked medical herbs. The medical authorities at Up Park military camp recognised Mary Seacole’s skill and asked her to provide them with nurses.

Mary travelled to England arriving in September 1854. She heard the news of the Crimean campaign and wanted to help the troops she had known in Jamaica. Despite being rejected as a hospital nurse for the British Military Hospitals, she was determined to go. She sent notices announcing her departure on 25th January 1855 and her intention to establish her own hotel for the sick and convalescing soldiers.

In her autobiography, The Wonderful Adventures of Mrs. Seacole in Many Lands, she describes stopping en route to the Crimea to visit the military hospital at Scutari and take in provisions. She had many joyful reunions with soldiers she had known years earlier in Jamaica. According to Mary she also met Florence Nightingale:

“A slight figure, in the nurses’ dress; with a pale, gentle and withal firm face, resting lightly in the palm of one white hand, while the other supports the elbow – a position which gives to her countenance a keen inquiring expression, which is rather marked.”
The Wonderful Adventures of Mrs Seacole

Mary was often in attendance at the sick wharf, feeding and tending to the wounded soldiers as they prepared to embark for Scutari. With her business partner Mr Day, she set up the British Hotel, two miles from Balaclava. As well as selling everything from shoes to tooth powder, Mary also rode out to deliver special sick rations and to nurse the soldiers at the battle fields. She was affectionately known by the troops as Mother Seacole.

She stayed in Balaclava for as long as the troops were there and returned to England in 1856 penniless having given away any profit she made.

Mary’s remarkable autobiography was published in 1857, The Wonderful Adventures of Mrs Seacole in Many Lands, which is still in print today. In the same year a number of distinguished officers organised a concert in aid of Mary at Surrey Gardens Music Hall in London. Unfortunately Mary received very little money from this. She continued to practise as a ‘doctress’ in London and when visiting Jamaica.

Mary died in 1881 and was buried in the Catholic Cemetery at Kensal Rise, London. For a century her fame and achievements died with those who knew her, but recently she has been remembered and restored to our history. In 2004 Mary Seacole was voted the top Black Briton in a poll of 100 people. She is again recognised by the public for her heroic achievements during the Crimean War 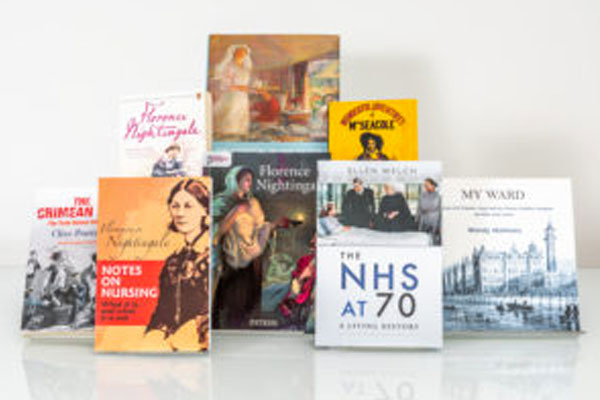 Want to find out more?

Discover our hand selected merchandise range as well as books on Mary Seacole and Florence Nightingale.