Janet Sue Smith has over 30 years of dedicated nursing experience specializing in mother/baby care. Since early childhood she wanted to help mothers and their babies.  However, her path to becoming a nurse was marked by overwhelming obstacles including raising four children, one of whom with end stage renal disease.  When asked how she received her RN degree at age 36, she said, “I don’t know except for the grace of God…God is faithful and He got me through to the other side.”

Janet was certified in neo-natal resuscitation, working in a high-traffic labor and delivery department where she became the night shift charge nurse. She loved the diversity of the mothers.  “No matter their social or economic status, the look of love for their child was the same.  I’ll never forget that love.”

In 2001 Janet attained IBCLC (International Board Certified Lactation Consultant) status and was recruited to become Co-Director of the Babies Clinic which was dedicated to providing childbirth and lactation education and support. It was a difficult decision to move from providing bedside care but in this new role she gained the ability to develop relationships with new mothers.  Her passion became seeing new mothers thrive, not just in breastfeeding, but in loving and caring for their babies.  She established and facilitated Mother to Mother, a community support group focused on new mothers supporting one another.

When this work was redefined by corporate merger in 2017, she became Lactation Specialist in a large regional medical center serving high-risk mothers and babies. There, she supported three units:  labor and delivery, postpartum floor, and the Neonatal Intensive Care Unit (NICU).  Janet again found it rewarding to work with mothers, helping them learn to feed their babies and see the babies grow.

In June 2021 she left this, her final, position due to stage 4 pancreatic cancer.  In summing up Janet’s passion and career one might say that nursing was not just Janet’s career, it was her calling. It is one thing to be a nurse in the moment, using skills learned and developed on day-to-day tasks. However, Janet was intentional about creating bonds among the women from the Mother to Mother support groups.  In Janet’s own words, “What I am most proud of are the relationships they created not just with me but with each other…they support each other throughout raising their kids, not just when they were babies.”

The greatest tribute to Janet is that, after 25 years of helping mothers and babies, a great many of those same moms have returned to care for Janet in her current struggle with pancreatic cancer. Nursing came full circle. 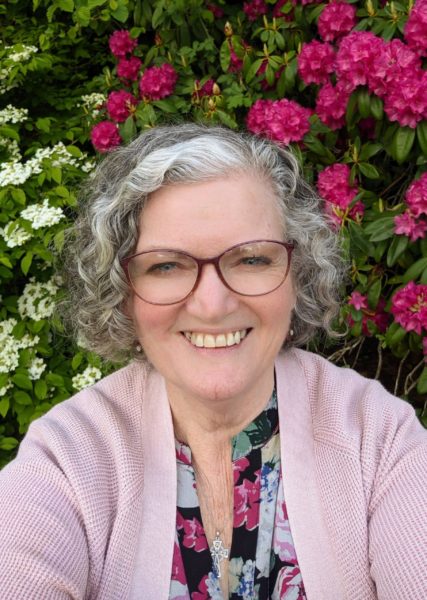