It is a great pleasure and honour to nominate Catherine Richards to be included in the Florence Nightingale Book of Honour for her long sustained service to the nursing profession as a sexual health adviser.

Catherine qualified as a Registered Mental Health Nurse in Ireland in 1975. In 1979, she qualified as a Registered General Nurse in the UK. After qualifying, she had intended to travel far and wide, but decided to settle in the UK after meeting her husband. She held various nursing posts including female surgery and Occupational Health in London and general male surgery and ENT in Essex. She developed an interest in MRSA prevention and began her nursing career at Oldchurch Hospital, now Queen’s Hospital, Romford, Essex, as an Infectious Diseases Nursing Officer. She later joined the Sexual Health Service, formally known as Genito-Urinary Medicine as a Sexual Health Adviser under the mentorship of the late Dr Antony Wisdom, at the time when HIV infection was an emerging disease in the UK.

Her career in sexual health advising spans over three decades and has shaped her strength of character on being strong enough to tolerate everything and soft enough to understand everyone which is the hallmark of Catherine and a force of good to be reckoned with.

In the last ten years, she has worked tirelessly as the health adviser with remit in safeguarding lead of young people. Her work ethos is always progressive, thoughtful, compassionate and caring in nature. At the forefront of her mind in sexual health advising and promotion she created, a safer and contented life for many of her patients.

Her motivation and devotion to her work in sexual health advising and reproductive health nursing , particularly in safeguarding of young people is something that she can be proud of and we can all learn and draw inspiration from that.

Both patients and peers alike pay tribute to Catherine Richards who deserves to be part of the book of honour and we wish her, the best of Irish luck to pursue her passion in travelling with new found energy in her retirement and spending more time with her family. 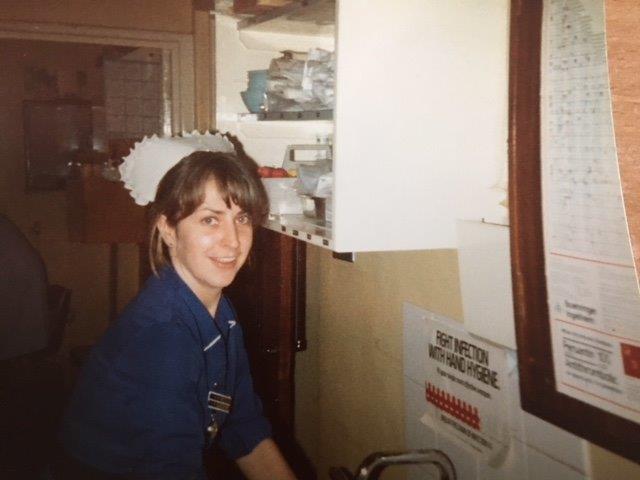