Brynn E. Dechert, RN, CPNP, FHRS, CCDS is an exemplary Nurse Practitioner specializing in Pediatric Electrophysiology (EP).  Her passion for nursing started at a very early age influenced by mentors in the medical field including her father and many family friends who were in the nursing profession.

While in high school, she gained valuable experience working part time at the University of Michigan’s Metabolic laboratory.  She spent time doing data entry and cleaning vent tubes where she worked alongside her father, Dr. Ron Dechert, PhD and also the inventor of the life-saving ECMO technology, Dr. Robert H. Bartlett, MD.  This instilled a strong work ethic and a desire to take care of children in her pursuit of a nursing degree.

She attended Michigan State University and completed a study abroad program in nursing at the University of London (1998).   After graduating with her Bachelor’s of Science in Nursing in the year two thousand she started her career at Lurie (Formerly Children’s Memorial) Hospital in the Pediatric Intensive Care Unit (PICU).  Her dedication to nursing, in particular, for patients and their families is unwavering and something to be admired.  A life long learner, after two years at Lurie she decided to get her Master’s of Science in Nursing from the University of Loyola.  She continued to work full time, while studying at night and on weekends and even found a way to volunteer for 2.5 weeks administering healthcare to woman and children in Belize(2004).  She graduated with her Masters in the year two thousand four and took a role in Pediatric Electrophysiology at Lurie.  This was a turning point where nursing went from a career to becoming her passion as she poured herself in to EP and patient care.

She is a strong nursing advocate and has mentored many nursing students who have gone on to successful careers of their own.  An author of numerous research publications and consistently an invited lecturer at EP and cardiology conferences.  Among her achievements she is very proud to have been the Coordinator of Fontan Conversion Program at Lurie (2006-08), a Fellow of the Heart Rhythm Society –  She passed CCDS Exam for Allied Professionals, she was the Inaugural Allied Professional Representative on the Pediatric and Congenital EP Society (PACES) Executive Board (2014-17), and co-chaired the SADS International Meeting Program Committee (2018).

Beyond being an outstanding Nurse Practitioner she is dedicated to her family, sons Beckett and Grayson and her husband Jeff.  While she would never seek the recognition I cannot think of anyone more deserving of being honoured. 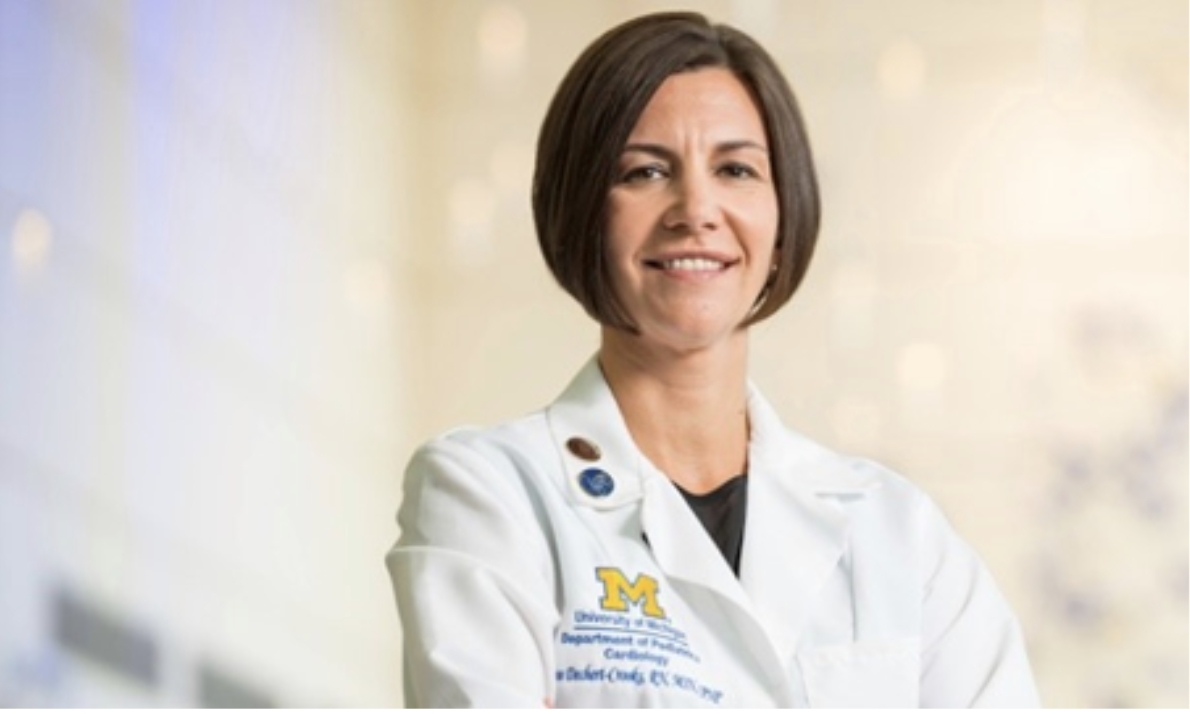