Our mum Audrey Rogers was born and raised in North Wales.  She always wanted a career in nursing – it was her vocation.

Audrey started training at the David Lewis Northern Hospital in Liverpool in 1944 aged 18 living in nurse’s accommodation and qualifying as a State Registered Nurse (SRN) in 1948.  By late 1949 Audrey had also completed midwifery exams and been admitted to the Roll of Midwives.

Following her training Audrey had a variety of appointments including junior theatre sister, assistant night sister, and then sister-in-charge of an acute general surgery ward.  She also experienced life as a district nurse and midwife in the Midlands.

In 1954 Audrey left Liverpool to work at Redhill General Hospital in Surrey.  A year later she was back in Liverpool at the Northern as Head-Night-Sister.

During this time Audrey also had a commission as a lieutenant in the Queen Alexandra’s Royal Army Corps (Territorial Army).

Audrey was really dedicated to nursing.  She reluctantly gave up her career in Autumn 1956 to get married and raise a family.   She was not able to return to nursing and very much missed her chosen profession.

Letters written by medical colleagues described her as ‘conscientious, reliable and loyal…held in the highest respect by the patients, her junior nurses and by the medical staff’.  As noted by one consultant surgeon ‘we rely on her judgment and aptitude a great deal in the treatment of cases’.  A letter of thanks written in 1955 by a patient wrote of Audrey…‘you stand out to me as a model of what a nurse should be.  Unfailingly kind, courteous, sympathetic and skilful’.

We are so proud of mum – her kindness, competence and professionalism and the high regard in which she was held.

We want to pay tribute to and celebrate mum and her nursing career in this Book of Honour. 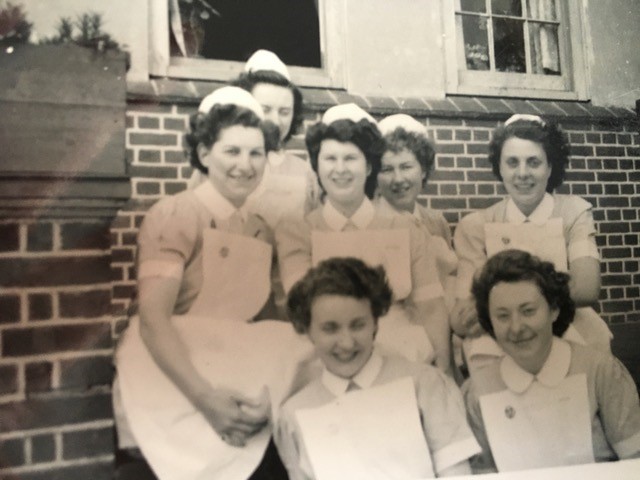 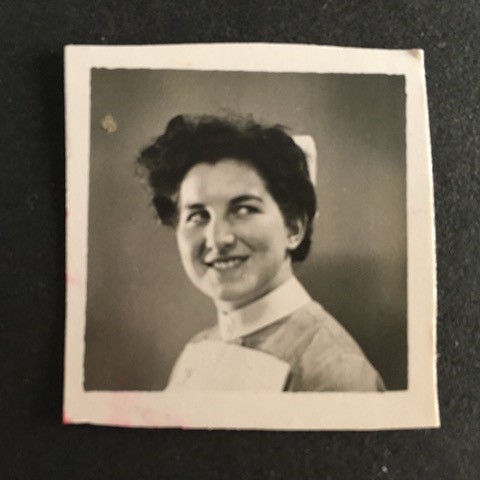