I have nominated my Aunty Anne to have a page in the Florence Nightingale ‘Book of Honour’ for her contribution to the Nursing profession spanning five decades. Anne celebrated her 80th Birthday in 2019 having only retired from Nursing age 77 so this seems like a fitting birthday present for her from her dear sister Mavis and her niece Jill. Born in Cardiff in 1949 Anne left Penarth Grammar School age 17 to become a Cadet Nurse at the Lister Hospital in Hertfordshire.

Cadet Nursing gave Anne the opportunity to work in the various departments in the Hospital where she gained a valuable insight into health and hands on experience with patients. It opened her eyes to the opportunities her chosen profession would eventually offer her. A year later aged 18 Anne commenced training course at the same hospital, becoming a State Registered Nurse three years later age 21.

Anne then went on to work in various Medical and Surgical wards and community settings consolidating her training and gaining the experience and expertise over the years enabling her to climb the nursing ranks , from Cadet Nurse , Student Nurse , Ward Sister , Nurse Manager and eventually Matron Always one to be at the forefront of Nursing , Anne undertook an open University Course and gained her Bachelor’s degree a BSc in Nursing, at a time when nurses with degrees were a rare.

Then at the age of forty nine Anne returned to the Lister Hospital to train as a Midwife something she had always wanted to achieve , she spent two years as a practising midwife before returning to manage a stroke unit at the same Hospital a role she dearly loved, for a further four years before retiring from Hospital positions. Anne’s Nursing career was far from over. Always an ambassador for the profession and an active advocate for health. Anne alongside her day job had amassed twelve years’ experience as a volunteer for St Johns Ambulance assisting in the training and assessment of the cadets, leading her to accept the position of County Nursing Officer for St Johns Ambulance in Bedfordshire in the year 2000.

In tandem to this Anne took a Matron post in a duel Registered nursing home and being an NVQ trainer facilitated all the carers to training programs enabling then to have recognisable qualification and standards of practice. Many of the careers she enabled, extended these skills and became trained nurses themselves. The final chapter of Anne’s long Nursing Career was spending sixteen years working in the National Centre for Social Research an organisation funded by and at the very heart of the National Health Service. Anne was able to utilise all her nursing and midwife skills working for them collecting data and samples from the many volunteers who agreed to participate in studies from as far back as 1946.

Finally, Anne is having a well-deserved rest, Anne has always only spoken of the happiness her profession has given her she states that she enjoyed and cherished every moment of her working life and has many memories of all the people she was able to help during her fifty plus years of nursing. 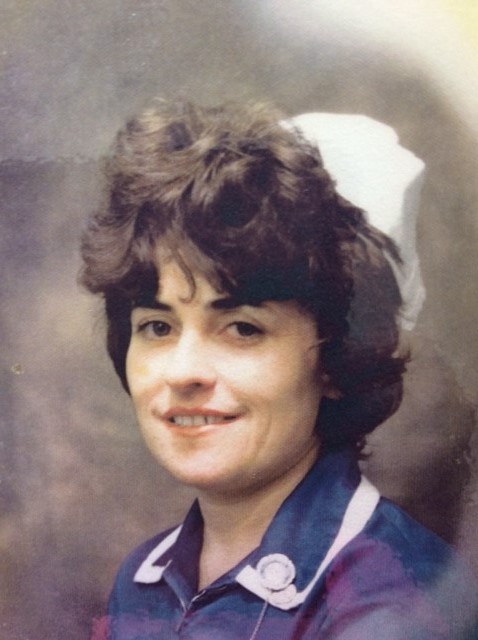