How ideas of home influenced her work

This timely book proposes a new understanding of Florence Nightingale’s experiences of domestic life and how ideas of home influenced her writings and pioneering work. As a young woman, feeling imprisoned at home, Nightingale broke free to become a woman of action, bringing home comforts to the soldiers in the Crimean War and advising the British population on the home front how to create healthier, contagion-free homes. Later, she created Nightingale Homes for nursing trainees and acted as mother-in-chief to her extended family of nurses – doing much of this work from home after contracting a debilitating illness in the Crimea 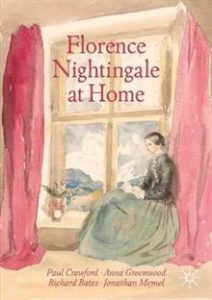