Skip to content
Florence in her own words: The British Army in India

Florence in her own words: The British Army in India

This print shows wounded troops recovering after the Indian Rebellion of 1857, also known as the Indian Mutiny. Nightingale had just returned to England from the Crimean War, and news of this conflict sparked a lifelong desire to improve conditions for people in India.

At this time, Nightingale became aware that both soldiers and Indian civilians were dying due to a lack of clean water and poor sanitation. She campaigned for a Royal Commission into the state of the army in India. She gathered facts and analysed the data.

When the final report was published in her book ‘Observations on the sanitary state of the army in India’, she mobilised support for reform. She argued that

“sanitary reform must be generally introduced into India for the civil as well as the military portion of the population”. 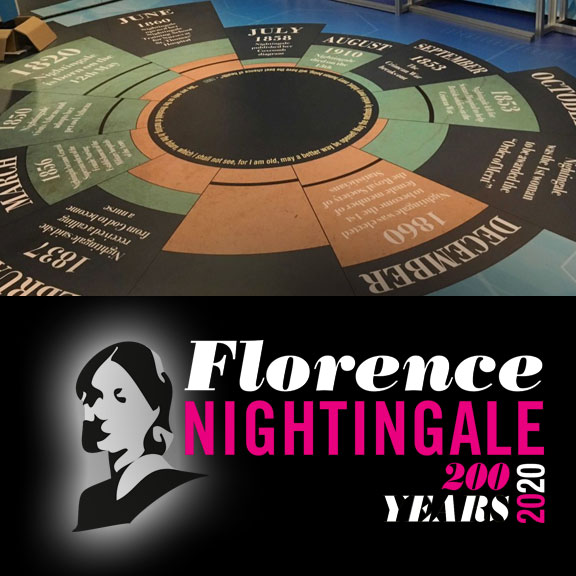 Exhibits from ‘Pioneer and Campaigner’

Nightingale is respected worldwide for her pioneering role in developing the nursing profession, her statistical work, and her evidence-based approach to healthcare. In honour of her bicentenary the World Health Organisation have named 2020 the Year of the Nurse and Midwife.

In our special exhibition, you will find out about objects, people and places which tell interesting stories about Florence’s life and legacy. You’ll discover artefacts from her life, people she both inspired and challenged, and places she helped to shape. There’s many more insights too!

Please click on the different sections of her famous coxcomb diagram to explore various aspects of her life and legacy. We hope you enjoy exploring!